If there was ever a case that makes the point for a national broadcaster, it was tonight.  An entire country given complete, uninterrupted access to the final concert of a band that has been a part of the national fabric for four decades. 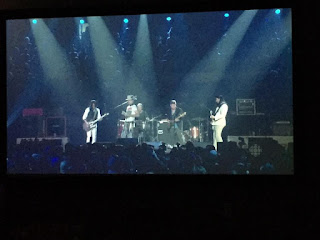 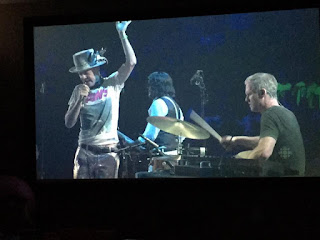 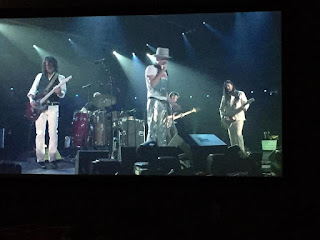 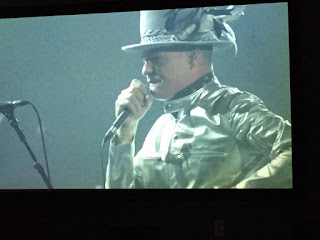 The Tragically Hip.
I haven’t always been into them.  In the 90’s I was obsessed like every suburban teenager, devouring the albums, seeing them live, rocking out on the radio.  Then I fell out of love, found them a tad too repetitive, overplayed.  But there was something about the songs.  They called out aspects of Canadian history, culture, people and places.  The band never caught on anywhere else and that was somehow fitting. They were our national secret and we treasured them
Wheat Kings.
Bobcaygeon
Fireworks
At the 100th Meridian
Nautical Disaster
Thompson Girl
Blow at High Dough
New Orleans is Sinking
Ahead by a Century
38 Years Old
Three Pistols
The list goes on and on and on. 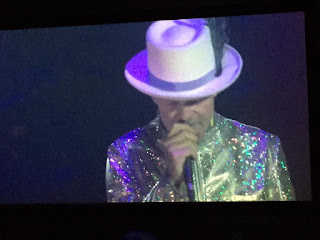 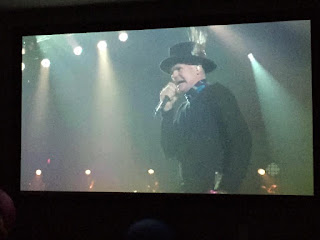 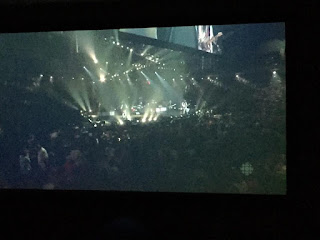 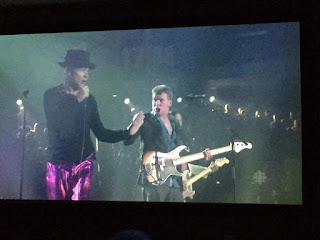 Tonight, with Gord Downie dying of terminal brain cancer, the country came together to watch a piece of us say goodbye, go out with one last party.  This was our generation’s ’72 Summit Series, the moment when we all drew close and shared something communally.

There was a moment in the show, during “Grace, too” when Downie began shouting out “Here!” “Now!” at the top of his lungs, his body wracked by sobs, tears and sweat streaming down his face that brought everyone to the brink. This was an example of life in the purest sense, the present, the now.  For him, someone with so few tomorrows, that moment on stage was the condensed essence of his entire life, and you could see it was everything that was weighing him down taking hold, his only option to scream to the heavens “HERE!”  “NOW!”  Denying the near future he knows is fast approaching, denying the terminal diagnosis of his doctors, denying that his days are ending and this will all become a story people tell their kids. Denying with all he had, his voice, “HERE!” “NOW!”
That moment will be forever etched in my mind.  Live now.  Tomorrows are running out. 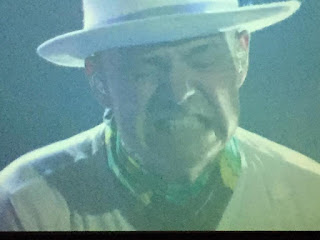 This was a magical experience, no matter what you think of the band. To see someone dying, ravaged by cancer being raised up, renewed, held aloft on the outpouring of love from both the crowd in the arena and a nation watching in bars, theatres, streets, homes, parks, backyards, basements, anywhere and everywhere, was incredible. As the show progressed you could see him getting stronger, his voice more assured, his movements returning to the flailing, erratic Downie of the past.  If there was ever a case for the collective power of human emotion, this was it.
All I can say is that I’m glad I took part, in whatever small way I did. I felt momentarily part of something bigger, felt the idea of a country, a national identity, a collective. So many times in this life you can feel small, isolated, alone, but then something like this concert connects you to the larger whole of humanity, if only for a moment, and things feel different.
Thank you Tragically Hip for all the years of great songs, thank you CBC for allowing us all to share in this moment, and thank you Gord Downie for fighting to make it possible.